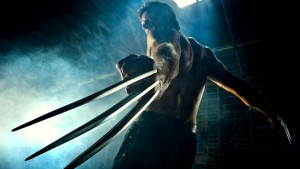 Are you a Hispanic male actor currently looking for work? Do you think Wolverine movie series might be your thing? If yes, then this is the chance of a lifetime for you, because the casting directors are looking for a Hispanic male for various roles. Do you think you have what it takes to awe the directors, cast and crew of the Wolverine production? If yes, then do not wait. Apply today because the opportunity will slip your hands by the 10th of August 2016. Here is all you need to know.

Wolverine 3 is the third part in the Wolverine series, a film that originated from the X-men movie series. The movie is slated for release in March of 2017 but castings have started. It is all about the Marvel character Wolverine and is directed by James Mangold. Cast also includes Patrick Stewart, Boyd Holbrock, Elise Neal, Stephen Merchant and many more. It is going to be the final movie in which Huge Jackman plays the role of Wolverine.

If you have always been a fan, then working alongside such actor as Huge Jackman is going to literally change your life.

The Hispanic male applying for the role needs to have some sort of military experience and should be available to work for 3 days. Dates for work are from the 10th of August to 13th of August. Some other requirements include that you send an email at egabelcasting@gmail.com with your current picture, weight, height and phone number. Subject line of the email should be ‘federal’.

The casting call is for serious actors only. If you are not eligible for the role above, please do not waste the time of the casting directors by applying. Don’t just stare at the screen, apply now!