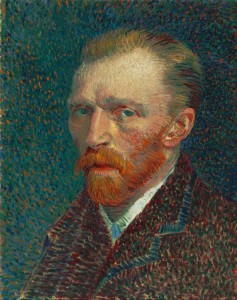 We are looking for talent for several roles for a theatre project with an emphasis on one of the most famous painters to ever live, Vincen Van Gogh. Van Gogh was a Dutch painter whose paintings have been appreciated in the 21st century long after his death. His famous paintings include ‘The Starry Night’, ‘Portrait of Dr. Gachet’ and ‘The Potato Eaters’. A theater play titled ‘Vincent Deconstructed’ will be hosted in Son of Semele Theater, Los Angeles and will revolve around the various life events of this eminent painter. Below is a list of all of the casting call notices. Please make sure you read each one thoroughly to see if you’re a good fit.

The casting team is looking for a middle aged man with red or blond hair to play the role of Vincent Van Gogh. Resemblance to Van Gogh will be a huge plus point. An ideal candidate will be able to speak or willing to learn the Dutch accent. The actor will be playing the role of this famous painter who struggled to keep himself away from insanity by putting painting and his life behind.

For playing the role of Giancarlo Moretti (an Italian friend of Van Gogh who was a dockworker), the casting team is looking for a dark skinned man who is also physically dexterous. The character would be required to play a role of a happy and cheerful man.

The shortlisted candidate for this role would be playing the role of Vidal Rolland, who was a French dockworker in Van Gogh’s time. Rolland was a withdrawn and sensitive person.

Auditions for the above mentioned roles would be held in Los Angeles at Son of Semele Theatre. For all those interested in this opportunity are requested to email their personal details at vincentdecon@gmail.com. For an appointment for audition simply mail us at the aforementioned email address.

One thought on “Actors Needed for Lead Roles on Theatre Project”