As the film version of the wildly popular video game series, Assassin’s Creed, begins its pre-production phase a call for speaking roles has gone out.  It makes perfect sense that Hollywood will be making movies that center around the booming video game industry.  The video game series kicked in 2007 and has spawned eight more chapters in the amazingly popular series.  It has been announced that the movie will star Michael Fassbender (Prometheus, X-men: Days of Future Past) alongside Academy Award winning actress Marion Cotillard (Inception, The Dark Knight Rises).  Also as of right now the movie is supposed to be under the direction of Justin Kurzel (The Snowtown Murders, The Turning), whom the both Fassbender and Cotillard recently finished shooting Macbeth. 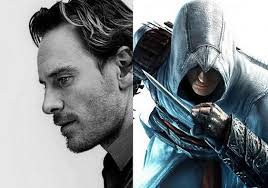 FILMING: In London from Late Summer 2015

Jina Jay Casting is currently searching for a teenage girl

We are looking for girls (14-18 yrs old) and young women (26-30 yrs old) with strong ability in any of the following fields:  Urban street dance & hip hop, Parkour and Acrobatics.

Any ethnicity. Must be able to speak English.

If interested, talent can apply online by following the directions on the casting director’s website, here. No previous acting experience is required.