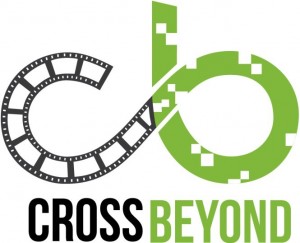 About the Film
The film is being produced by “Cross Beyond Productions”. The film is a thriller that demonstrates the psychological impacts a man suffers because of the murder of a loved one.  The man’s wife has been brutally murdered and the traumatizing episode is driving him crazy. His love for his wife is make his judgment cloudy and leading him into the deepest dungeons of despair and grief. The story demonstrates his never ending obsession to find out the person who committed this heinous crime. This is an emotional crime thriller with a scary murderous plot that will make you captivated.

Check out some of the casting opportunities below.

Description of the Unpaid Roles
Ethan
Ethan is a man who is in his mid twenties. He is usually very cool and relaxed. However, he is not a person who forgets easily. He can hold a grudge longer than you would expect a normal person to get over with. Ethan has the tendency to cross limits when provoked. He can get extremely obsessive at times which makes him do extraordinary things.

Bill
Bill is a guy who has just crossed his thirties mark. He has a manipulative personality. He can play the character of the good cop and the bad cop without any difficulty. He easily befriends people and seemingly has a very charming nature but he is not very amicable if you make it to his bad side. People who do not lie in his good books should be aware.
Wendy
Wendy is a woman who is also in her mid twenties. Outwardly she portrays the character of a lady who doesn’t have an ounce of bad flesh. She hasn’t done a bad thing in life. She is cheerful, exuberant and is always brimming with happiness. She spreads an air of pleasantness about her but she is a woman of mysterious nature. Is Miss Goody-Pants really that good or has she got some hidden discrepancies in her character?
Where to submit the application?
All those who are eager to play these fascinating characters are requested to make a formal submission on the following email address:

The applicants must be residents of Colorado Springs. Even inexperienced actors are encouraged to apply. Maybe this is the golden chance you have been looking for to embark on a journey of acting and filming.