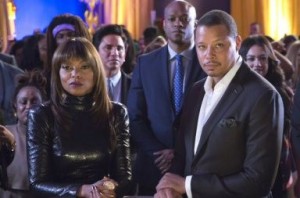 The Fox TV show ‘Empire’ (currently airing it’s sophomore season) is based on a hip hop entertainment and music company. The music company is named ‘Empire Entertainment’ in the show. It features the drama among the members of the family. Every member of the founder’s family tries to fight and take the hold of the entertainment company. It is one hour television drama shown on Fox. It is created by Lee Daniels and Danny Strong and stars Terrence Howard and Taraji P. Henson.

The team is currently in search of actors, models and background extras to work on an upcoming ASA Awards filming scene in Fox’s ‘Empire’ season 2, filming in Chicago, Illinois. The team requires lead actors who have previously worked in some movie or drama. They should be confident to come on screen. The team wants actors who can portray as music stars including Country All Stars, Rock Stars, R & B Divas and, Tony Benett and Lady Gaga couple.

The actiors selected will get selected will be called for fitting in the next week. So you must have a flexible schedule as well as your own transportation. If you want to audition for the roles, check out the casting call notices below.

The casting directors and producers are looking for certain music actors who can portray some famous rock stars. Also, you must be experienced and attach your resume with the information you provide to the team via e-mail. In addition, you are required to have a flexible schedule for the drama. The team can call you any time for the rehearsals. If you think you can portray the looks of the famous rock stars, do not miss the chance. The following are the specifications required by the team for the roles.

The team is looking for some talented actors who can portray Elton John, Mark Ronson, Rolling Stones, Bruno Mars, Bret Michaels, Pink Adele, U2, Steven Tyler, Levine, Stevie Nicks and Adam. The ones who get selected to portray as these rock stars will be compensated $80 for 8 hours. They will be required to work at Chicago and Joliet on Tuesday, February 9, 2016 through Friday, February 19, 2016.

The team is in search of actors who can portray Tim McGraw, Carrie Underwood, Willie Nelson, Faith Hill, Keith Urban, and Blake Shelton. If you think you can pull up like these actors, apply soon and if you get selected the team will compensate you $80 for 8 hours. Also, you will be required to work in Chicago and Joliet from Tuesday, February 9, 2016 to Friday, February 19, 2016

The official casting team, 4 Star Casting requires some actors to portray as Whitney Houston, Queen Latifah, Aretha and Mariah Carey. Those who have the potential and can work confidently on small screen should not wait to apply and get the reward of $80 for 8 hours of work. You will be required to work in Chicago and Joliet on Tuesday, February 9, 2016 till Friday, February 19, 2016.

The casting directors and executive producers want a female actor and male actor to portray as Tony Bennett and Lady Gage couple. Those who wish to apply for this role and get selected will be given $80 for working 8 hours. Also, they should flexible schedule as they will be required to work from Tuesday, February 9, 2016 through Friday, February 19, 2016.

The team wants some more background actors for police officers, press, security types, publicists and fans. They will be required to work on Wednesday, February 17, 2016 and Thursday, February 18, 2016. The payment has not been announced for these roles yet. They will also be working at Chicago and Joliet.

If you think you portray as any of the actors and come up with their looks, you will surely get selected by the team. Ensure to send the following information at extras4empire@gmail.com with the subject reading, ‘Empire Survey Photo 217’ – Celebrity Name’.

There will be three steps for the show and selection of actors.

One thought on “Background Extras for Fox’s ‘Empire’”