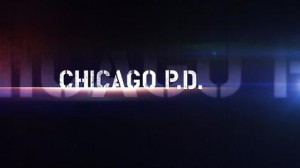 About the NBC’s Show – ‘Chicago PD’

NBC’s show, ‘Chicago PD’, revolves around the intellectual team of police officers. defending the mean streets of Chicago. They are located at the District 21 of the Chicago Police Department. The Intelligence team fights for the city’s major offenses such as truck trafficking, organized crimes, and high profile murders. The show had two successful seasons and now Season 3 is being broadcast on the NBC channel. The show was recently renewed for a 4th season set to air fall of 2016.

The Casting Team Is Seeking Extras for a Bar Scene for NBC’s Chicago PD Filming in Chicago, Illinois

NBC casting directors for Chicago Fire are in search of some actors, talent and models who can confidently work on an upcoming bar scene filming in Chicago, Illinois. The team requires these actors to play as civilians, lawyers, criminals, and perps at a police station. Also, some models will have to work in a bar scene. Have you been waiting for such an opportunity? Do not miss the chance. Also, it is a great start for beginners who are interested in acting and want to have a future in this career. In order to know more, keep reading.

All actors who have been waiting for the chance to work as a paid actor, your wait is over now! The casting team of NBC’s show, ‘Chicago PD’ is in search of some talented actors who can confidently work and play a role in a police station scene as well as a bar scene. This is a great opportunity for you if you have always wanted to come on small television screen and pursue your career in acting. Also, you will be paid for these roles. You can check out the casting call notice details below.

The casting directors and producers are in search of some talented actors who can play Sergeant Pepper role as civilians, lawyers, and pepper in a police station.  The actors who will get selected for these roles will be required to work in an interior scene on a front desk of the police station. The male and female actors should be in their late 20s or can be older. The role does not restrict any specific ethnicity so people from any ethnicity are encouraged to apply.

Moreover, the civilians can be of any type, but the perps should like a trouble while the lawyers must have a complete suit option. The actors will be required to work on Thursday, March 10, 2016. So if you are applying for this role, make sure that you are available and have a flexible schedule also. The selected actors will be compensated for this role and the pay rate is $80 for 8 hours.

The team is in search of a few actors med tech, nurses, doctors, med students, tech advisers, patients and hospital visitors who can work on an upcoming hospital scene. Also, the team needs some actors for Molly’s bar scene. The age and ethnicity has not been disclosed by the team which means that the roles are open for all ethnicities and people of any age.

Furthermore, the actors will be required to work on Friday, March 11, 2016. So if you are applying for this role, make sure that you are available and have a flexible schedule also. Not only this, you must be available full the entire evening as the filming will be done in the evening. The selected actors will be compensated for this role and the pay rate is $80 for 8 hours.

If you think you fit in the description and think you are suitable for the roles, you must not miss this chance! Hurry up and apply before someone else takes the opportunity, you just need to send the following information at the tailstickcasting@gmail.com with the corresponding subject title ‘Sergeant Pepper’ or ‘Molly’s Bar Patrons and Med Staff’.

Those who are applying with real medical experience must either attach their resume or mention their medical experience. Also, you must tell what assignment you have previously done in any of the previous seasons. Moreover, you are required to send your current and colored photos. Please avoid sending selfies as they will not be considered. Also, ensure that you have not hid your face in the photo wearing sunglasses, hats, or anything else, as the team will select you by looking at your face. All actors who are applying for this role must fulfill all the descriptions and must be a local of Chicago, Illinois.