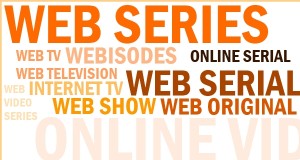 Produced in collaboration with Google’s Computer Science in Media Program, GodComplX is an upcoming web series. It is an educational initiative taken by Google to encourage more women to take part in STEM fields. To support this notion further, Google also decided to cast female crew and professionals throughout the film production. Various actors and producers from YouTube, traditional media channels and other platforms will collaborate to work together in this project. If you want to become a part of such a huge banner, this is a golden opportunity.

You will not only gain experience of working with esteemed producers and directors, but will also receive offers and opportunities in the future.

The web series revolves around an intelligent and impressive female programmer who relocates to live and work with her colleagues in the technology industry. These 20 something tech savvies will discover a huge range of different things taking place in their lives.

She is an ambitious graduate out of an Ivy League computer science program. Her demand in the market as a computer programmer is sky-high. She is far from where she started her life. Belonging to a lower middle class family, she had to work very hard to achieve all that.

She has finally reached where she wanted to be after years of struggle. Now, she has only one more inspiration: to be the CEO of her own company.

Reid is very intelligent but hardly ever gets noticed because of his poor social skills. He developed a home-automation program when he was in his early 20s. However, due to his general laziness and lack of social skills, not many people value his talent.

She is brilliant and eccentric at the same time. She expresses every random thought that comes to her mind, loves changing topics in between a conversation and is an irregular observer. Oftentimes, she is not even paying attention to what anyone is talking about. Although she appears weird and bizarre, she is a genius.

Francisco has a laid back attitude and is the least successful of the entire group. He is also shy and insecure. He also has a self-deprecating sense of humor. However, his kindness and understanding behavior makes up for it.

Molly is an honorary resident of GodComplX. She is a rocket scientist and works with NASA. She tries to appear tough and hard. However, she cannot help but be sweet and kind with her girlfriend Leyla.

Lee is a workaholic and is always coding on his laptop. He works two full-time jobs. He plans to retire by the age of 32 and wants to earn all the money before reaching that age. He is extremely driven and often interrupts in conversations.

If you feel that you can fit any of the roles mentioned above, you can apply via email to godcomplxproduction@gmail.com. Don’t forget to mention the role and add a reel and resume with your email. This is a paid project and auditions will take place in Los Angeles. Apply as soon as possible, as it is an urgent call.