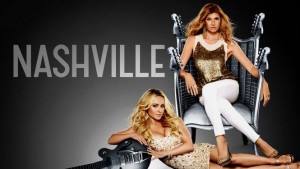 About the ABC’s Show – ‘Nashville’

‘Nashville’ focuses on a rivalry between two female country singers. One of the lead actors, Connie Britton playing a role of 40 years of age singer and Rayna James, a young singer comes into conflict. Connie realizes that her stardom and singing career is at stake and it is becoming hard to survive as she is getting older. Also, her toughest competitor is the rising star, Rayna. The show is currently airing it’s 4th season with episodes returning to ABC March 16th, 2016. Be sure to check out the mid season premiere and get caught up with previous episodes.

As mentioned above, the new season is soon coming out and the country’s famous musical drama, ‘Nashville’ is now under production in Nashville, Tennessee. As the new season is coming out, the team has released some new roles for folks who are willing to make a few extra bucks and want to work as paid background actors. The filming is under production and the team wants really talented actor to work on scenes later in this week.

The official casting team, On Location Casting is looking for some new faces to work on the upcoming filming scenes. So if you have not worked on any of the previous seasons, you must not miss the chance to apply for this role. In order to know more about the casting call descriptions, keep reading.

The casting directors are in search of few featured and few background extras for grabs which include actors who can play a role of roadies, employees, recording studios, visitors at a hotel, and a few others. The show will be filming in Nashville, Tennessee area and only adult actors will be required to work.

The actors who are applying for this role must make sure that they are new and have not previously worked in any of the seasons of ‘Nashville’ as the team is in search of some new faces. Actors who have an experience of working in large crowd of more than 150 people must try out for this role. But if you have worked who in a smaller scene of less than 150 people, you will not be considered for this role.

The team is in search of some male and female actors who can play a role of bar patrons. They may belong to any ethnicity from 20 to 35 years of age. The actors applying for this role must be very trendy, stylish, attractive, hip and pop or rock type and not like country types.

The team requires some male and female actors to play a role of hotel visitors. This role is not restricted for specific ethnicities as the team welcomes all actors. But the age range of actors must be in from 25 to 60 years. The actors applying for this role must be upscale and conservative.

The team requires male actors who can act as hotel bellhops. The actors must be from 20 to 25 years of age and they must be clean cut, professional, conservative and of average build. Also, they may belong to any ethnicity.

The male and female actors who can act as hotel desk staff are encouraged to apply for this role. Also, the team does not restrict a specific ethnicity for this role, so people belonging to any ethnicity can apply. The age range of the actors must be from 23 to 45 years. Actors who are applying for this role must be very conservative and professional.

The team is in search of some male and female actors, who are attractive, stylish, hip, and seem like they belong to musical industry. The actors who are willing to work for this role must be from 21 to 35 years of age. Also, they may belong to any ethnicity as the roles are for everyone.

The official casting team is in search of some male actors who belong to any ethnicity. But they must be from 21 to 35 years of age. Also, they must be of musician and crew types who are well versed in about recording studio settings and tearing up down gear.

For all of the available roles, please include the following information with your application.

The actors who are willing to apply for the role submit their colored and recent photos. Actors must be a local to get consideration for the specified roles. The earlier you apply, the greater are the chances of selection. Good Luck!