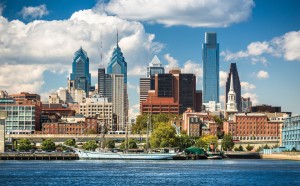 Theater is a wonderful medium of art and provides the maximum opportunity to showcase your talent. This is a wonderful casting call for people who are interested in working for the theater. It is for a play named “Tea at Four” and describes the story of two women.

The story goes to show the life stories of two women. It starts from an early age and goes right to the end. There are three characters in the story with the third being a girl who will portray the role of the niece of one of these women. The story ideally revolves around a timeline that starts from the 1940s and goes on to the 1960s.

The play in fact, was originally written by Richard Hill Wilkinson in 1934. It is only about three characters that are named Betsy, Catherine and Ruth.

The director of the play is looking to hire three women to play the above mentioned characters. Further details for the roles are described below:

Betsy is a young woman. She is the niece of Catherine. She is a young and enthusiastic person.

The girl hired for this role will also be asked to play the extra roles that will appear at different times during the play.

Catherine is a role for a woman who should be middle aged and in her 40s. She needs to look fit though so she can be made to portray a younger appearance as well.

Catherine is a character who belongs to a rich family in Philadelphia. She has received excellent education and is a teacher by profession. She has lived a wonderful life and is very expressive. She is shown to suffer from terminal cancer in the play in the 1960s. She loses her life at the hands of this disease at the end of the play.

Ruth will be played by a lady that must be similar in age and other characteristics to the one portraying Catherine. The selected candidate needs to portray her young self as well. She is shown to belong to a Jew family and got educated at a Jew institute. She is a great friend who remains with Catherine during her final days of suffering.

The audition as well as the subsequent rehearsals will take place at the Shipley Commons Black Box. It is situated at 819 Montgomery Avenue in Bryn Mawr, PA 19010.

The play will be presented in the New York Fringe Festival. This festival is held in August and it will be situated at a place between 2nd Avenue and Bowery, 64E4 Underground which is on the 64 East 4th Street. The play will be of one hour. The performances will be held on the following dates and times:

You can apply for the roles to receive the dates for the audition. You should also mail your past experience details and head shot to: