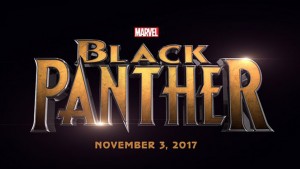 Black Panther is one of the most famous Marvel characters, so it was high time that they gave him a movie of his own.  The casting calls have started and Paramount Pictures will be working on Marvel’s feature film Black Panther. The movie is plotted by Jack Kirby and is created by Stan Lee.

The Black Panther had made his appearance as a character in the Fantastic Four #52 that came back in July 1966. The reason why the Black Panther rose to popularity was that he was the first black superhero who made his way into the mainstream American comics. He debuted years before any of the other African-American superheroes. Some of the most famous ones are:

Black Lightening is known as the protector and king of Wakanda that is basically a fictional African nation. The role of Black Panther in Captain America: Civil War was portrayed by Chadwick Boseman, who will be playing the lead in the movie too.

According to Stan Lee, the name of the character was inspired by a pulp adventure hero, whose helper was a black panther.  There was a little confusion about the name because the people associated it with the Black Panther Party, which is why the name was briefly changed to Black leopard. The concept art by Jack Kirby for Black Panther had originally used the name Coal Tiger.

Currently, the casting director is looking for African males, females, and children from the ages of 2 to 90. These people can be from Ethiopia, Nigeria, Kenya, Zimbabwe, and Ghana. If you are applying as a family or as a couple, please submit one email. It is important you know that all the people should be eligible to work in the United States of America and should have a non-restricted SSN.

If you are interested in applying, you are to send the following details:

You are to send your pictures in your ethnic dress or in a simple outfit that should not look Western or American. The picture should be clear and should show your full face and current hair style. You should send both smiling and non-smiling pictures. Kindly send all the required information at BlackPantherExtras@tscasting.com   and put “AFRICAN” in the subject line. The pay rate of the work is $100 per day.

One thought on “Casting Call For Black Panther”