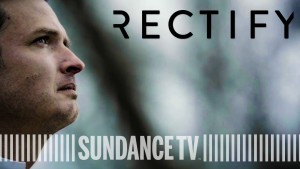 Looking for an excellent opportunity to act in the fourth installment of the famous drama series “Rectify”? Then you might get lucky this time! The makers have announced auditions for background extras to work on a scene in the upcoming season of ‘Rectify’. Casting directors are hiring extras to play the parents for a scene which is scheduled to be shot on 2nd June, Thursday in Griffin, Georgia.

‘Rectify’ is an American drama series written and produced by ‘Sons of Anarchy’ fame ‘Ray McKinnon’. While the executive production is done by Emmy award winning makers of the popular ‘Breaking Bad’ and ‘Halt and Catch Fire’. ‘Rectify’ features Aden Young, Abigail Spencer, Adelaide Clemens, J. Luke Kirby, Smith-Cameron and Clayne Crawford in the main roles. The fourth season of ‘Rectify’ is finalized to be the last season of the famous drama series which will go on air in fall 2016.

The plot of ‘Rectify’

The story of ‘Rectify’ revolves around Daniel Holden who spent 20 years of his life on a death row as he was charged for the rape and murder of his teenage girlfriend Hanna. The story starts when Daniel Holden releases from the prison due to a new found DNA evidence and comes back to his hometown in Georgia.

Check the details below if you are interested in applying for the vacancy and want to audition for the role. This is a great opportunity for you to work in the fourth season of Sundance channel’s ‘Rectify ’

What are they looking for?

Gender: Both males and females are encouraged to apply

Age: Applicants should be 30 to 40 years of age

Looks: Applicants should have attractive looks

How to apply for the role?

If you are interested in working with the team of Sundance TV’s ‘Rectify’ then send your submissions to the following email address:

What to include in the application?

Please provide the following important things in your email for them to consider you.

Kindly go through the following points before applying for the role