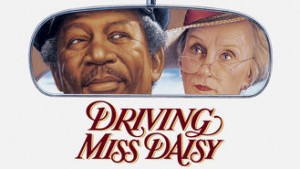 This casting call is for the play ‘Driving Miss Daisy’. If you reside in Bristol, Pennsylvania, it is a great opportunity for you to get yourself a role for the 2016 – 2017 part of this play. The play ‘Driving Miss Daisy’ is about a woman’s thoughts. It portrays Daisy’s life as she lives it and her point of views regarding things at different points of life. The play emphasized on her relationships and how she deals with them. The best part about ‘Driving Miss Daisy’ is that it is one of those plays that move on a time lapse. Through the play, audience will be taken on a 25 year journey of Daisy’s life.

There are two roles that are open for this play.

For this role, the casting directors are looking for a male who is in between the ages of 50 and 60. Anyone in the late 50 and early 60 will be preferred. It is very important for the applicant to have an appearance that (after makeup) can be transformed through the different looks one goes through during a period of twenty five years.

The character Hoke Coleburn is extremely calm. He does not panic in harsh situations and remains firm. He possesses smart decision making skills and evaluated each and every alternative before making his decision. Hoke is a very kind hearted humble guy who has served as a driver for most part of his life. He knows when to speak and when not to. Since he is an African American, he has witnessed a lot through the years between 1948 and 1973. However he chose to remain silent for he thought it would be wiser to do that.

Boolie Werthan is another male character in this play. The applicant for this role must be anywhere between the ages of early 40 to late 50. He must also have a good sense of dialogue delivery, as well a great sense of humor.

Boolie is a Jewish businessman who happens to be the only child Daisy. He moves from an age of early 40 to mid 60 through the play. Boolie’s interest does not lie much in religions. Instead, the loves being a businessman and devotes most of his time to it. Being a businessman and always having a mind of one, he has become extremely realistic. Emotions don’t play him as much as they did when he was younger. Although he remains strict regarding his business, Boolie is generally a very nice guy.

If you think you suite any of the characters required, go to this link and apply.