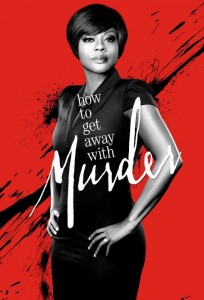 The famous mystery series “How to Get Away with Murder” was first aired on the 25th of September in 2014. Since then, it has risen in popularity which has made ABC studio run subsequent seasons of the series. Peter Nowalk is the creator of this fine series.

The series follows the life of a talented professor of law who is somehow attached to a murder plot. The professor is supported by five students. The main role is portrayed by Viola Davis, who has received positive reviews from different critics for her fine acting. She has won an Emmy Award for a leading actress role in a TV serial. She has also received nominations for other exemplary awards such as the Golden Globe and Critics’ Choice Award.

The casting team requires an excellent and well skilled female pool player. The concerned female should have a Caucasian complexion and must be able to teach the basic pool skills to an actress. The filming of the episode is to happen in Los Angeles so a local is appreciated by the directors.

The person can either be a SAG member or Non-Union which is no issue. All the applicants must be previously registered with the casting company of Jeff Olan Casting which is in charge of this casting call project.

You can also contact the casting company at 818-377-3224 if you feel that you know of an ideal person for the role who is not registered with the casting company. You can or let your friend who matches the description send a fresh picture, contact number and details of the previous experience of playing high level pool.

These details should be emailed to jeffolancasting@yahoo.com with Pool Player clearly mentioned in the subject of the application. So go ahead, give yourself a chance to appear in a movie and earn some money using your game skills.