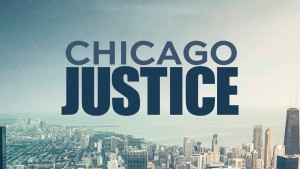 If you feel that you have the ideal look of a fraternity guy then this casting opportunity is perfect for you. You need to quickly apply for it as there is no time to spare in this casting call. NBC is producing its new TV series Chicago Justice and looking eagerly for talented individuals who are willing to play a role in some scenes that will be filmed on the 6th of September according to the schedule.

Chicago Justice is also a spin off from the famous series of Chicago Fire. It is now the third series, which has stemmed out of the famous show. The new show will be presented in fact, in the twenty first episode of Chicago PD later this year and then will move on to its own time slot.

The show was originally named as Chicago Law. It centers on the legal system present in the city of Chicago. This show is attached to the original topic of Chicago and will be introduced in Chicago PD just as Chicago Med was introduced first on the original Chicago Fire show.

NBC is expecting that this new Chicago based Series will also find a lot of praise from the TV audience and Chicago Justice will form a solid place in the rankings when it comes on year just like its predecessor shows.

The casting directors involved with the project want to find the best frat guys to apply for this acting opportunity. The directors want the scene to look perfect and therefore need urgent candidates that need to be Caucasian and should ideally belong to some real fraternity.

The candidates selected need to appear on Friday the 2nd September to fit their clothes. The scene will be shot on Tuesday, 6th of September.

As there is a wardrobe fitting on Friday, you need to apply urgently for this working opportunity. You can apply by emailing your details to the casting directors for the project. You must send your picture and also mention your personal details such as age, weight, height and contact number. You should also mention your current city and state so that it is confirmed that you are a local guy.