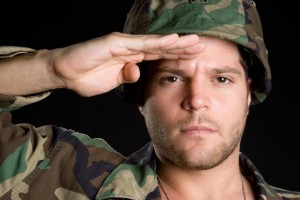 Do you have the build, haircut, and an overall appearance of a military man? Are you interested in appearing on television? Do you harbor a passion for acting?

If you answered to the above questions in the affirmative, then do not waste even a second in grabbing this opportunity to appear on a television show.

This is a casting call for the two episodes, 7 & 8, which are the last episodes of a show. This is an urgent call for several men to appear as military personnel. They are required for some very important scenes for Episode 7. The filming requires the availability of the actors on Thursday, June 30, 2016 and Friday, July 1, 2016. Do not miss this chance of displaying your talent.

The shooting will take place at Wilmington, North Carolina.

Requirements for the Role:

They are specifically looking for the following qualities in the actors to play the role of Military men in their episodes:

To apply for the opening of military men roles in the two episodes of a TV show, follow the instructions below:

You must create of a profile as soon as possible at www.makescenes.com. The website will ask for an activation code, which is, seals. If you have already made a profile, just add the new code and you will be registered for this show. To add the code, click “add project” and then simply “save info” (code = seals).

The subject of your email should be, “MALE MILITARY”. To see the trailer for the show, visit https://www.youtube.com/watch?v=rxTIEbhjZ1M

If you happen to have the look of an army man and if you have always wanted to highlight your talent for acting on television, then this is definitely an amazing chance. Take it while it lasts and apply for it as soon as possible since it is an urgent call. If you are a resident of Wilmington, North Carolina, then hurry up and make use of this amazing opportunity and get paid to follow your dreams!