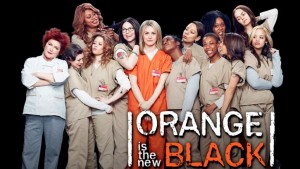 If you think you have what it takes to be a part of a prison based TV series known as Orange is the New Black, then try your talent by applying for the audition. Whether you are a model, actor, or a talented individual, you can submit application for this casting call if you meet the eligibility criteria. The casting directors of this TV series are looking for extras for season five. The auditions will take place in New York City. Here are the details regarding the show and casting call.

Based on the genre of comedy-drama, Orange is the New Black is an American TV series by Jenji Kogan. This TV series is based on a book called Orange is the New Black by Piper Kerman. The main actors in the show are Laura Perpon, Michelle Hurst, Jason Biggs, Danielle Brooks, Taryn Manning, Adruenne C. Moore, Nick Sandow, Taylor Schilling, Michael J. Harney, Kate Mulgrew, Uzo Aduba, and many more. Pipe Chapman character is played by Taylor Schilling. She is a bisexual woman of the New York City and main character of the show.

Piper had to face a 15-month sentence in a women’s federal prison because she was caught transporting drug money in a suitcase to Alex Vause (played by Laura Prepon), who was her former girlfriend and an international drug smuggler. The plot of the series starts ten years after she was caught with the drugs. It showed that Piper has become an honest and respectable individual living in the upper middle class area of New York. After 10 years, she is living a simple and quiet life. She met Alex again in the prison, and both of them try to figure out their relationship while dealing with the other prisoners, as Alex named Piper in her trial, which caused the arrest.

The main casting director of Orange is the New Black is Jennifer Euston. She has been the casting director of other shows as well, such as The Goods: Live Hard, Sell Hard, Bachelorette, and The Campaign. For the scene of a college party, a non-union Caucasian girl, age between 18 and 30 is needed. She should be comfortable wearing short dresses.

You cannot participate if you have acted in this show in the past. You also need to include contact details and your sizes when you make the submission at AARONSSUBMISSIONS@CENTRALCASTING.COM. If you are a college student, you will be a perfect fit for the role.

Another nonunion Caucasian female inmate is needed for the shoot on Thursday, 4th September, 2016. She should be comfortable in wearing bra and underwear. Women aged between 18 and 65 can apply for the role.

So apply for the role if you are a local of New York and fit the description in order to get featured in a TV series!