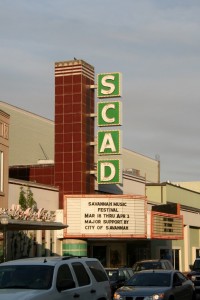 Synopsis of the Short Film

The film explores subjects like school bullying, loneliness and the role of family relationships. It is the story of a young child named terry who is a victim of bullying at school and as such, has no social life. The constant bullying allows the main character to build a robot as a friend to fill the emptiness he feels inside him. The underlying theme of the film is the connection that still exists between people and the situations we all deal with on a day to day basis.

Four characters, including the protagonist and the supporting ones. Read on for the casting specifics for the roles we are currently casting for.

Terry: He is the protagonist of the film, a child between 6-10 years of age who has been a victim of repeated bullying at school and as such, has until now lived a painfully lonely life since he has disconnected himself from his surroundings because of his confidence being completely shaken.

Father: This is a man above the age of 30 and plays Terry’s father. This character has conflicting sides to him. On one hand, owing to a past of extreme depravity, has a sinister aura around him but on the other lesser known side, he can be a kind and loving person; an average person who has raised his son alone. He loves his son but at the same time, wants for him to follow his father’s footsteps of the past. He is in a state of internal conflict all the time which has played a huge part in his son’s loneliness and disconnectedness.

Bully: This is a child of 8-12 years of age who has the habit of imposing himself on others; intimidating and menacing with fellow children. Terry has been his victim of bullying and owes his current state of mind big time to this character. This child has the habit of getting what he wants and does not spare anyone who gets in the way. But n the inside, this child is also very lonely and does these antics to garner attention of those around him. This character also has these conflicting sides to him. Character analysis of Terry and the child who bullies him reveals that both have the same problem internally i.e. loneliness and as such, are connected on a certain level.

GX-3: This is a small robot that terry has built for himself as a response to his loneliness. GX-3 has been programmed like a child and accompanies terry everywhere. For the role of the robot, a child between the ages of 6 and 9 is required.

If you think that you may be suitable for any of the roles described above, please contact the producer through his E-Mail address luca_deruggiero@hotmail.com