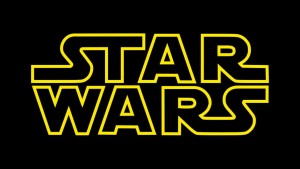 Do you have a passion for acting? Can you not help falling in love with science fiction? Are you a fan of Star Wars? Have you been waiting for a chance to showcase your acting talents for a long time?

If your answers for the above are in positive, then this opportunity is definitely for you. Crystal Sound and Motion Films is seeking talented actors for their upcoming project, Star Wars-the Calling. It is a feature film based on the Star Wars by George Lucas.

If you are a resident of Greenville, North Carolina, then hurry up and grab this opportunity!

The feature film, Star War-the calling, is on a planet called Takodana. It was introduced in Star Wars in episode VII. The story is about O’Thar and his daughter. O’thar was a Jedi knight during the Clone Wars that had happened in episode III. However he fell in love with a fellow Jedi knight, Tira and they got married. However, this led to their expulsion from Jedi Order as marriage and love were against Jedi code. This is when they were sent to live on Takodana where they are blessed with their daughter.

Later, Tira was assassinated by The Inquisitors who were ordered to kill all the Jedi by the Empire. This left O’Thar to bring up his daughter single handedly. He was doing well but then he found about his daughter’s dark secret. She had been hiding it from him.

However, it is not a secret that would remain hidden for long.

The casting call is for the following roles:

They are also looking for following crew members for this film:

Interested candidates are requested to submit their headshots and resumes to: crystalmagicfilms@gmail.com

Also CC it to: mrsrespass@yahoo.com

The subject line of the email should be the character for which you are applying.

Last Date: All submissions must be received by no later than September 1, 2016.

The film will be listed on IMDB after completion.

The dates for the shooting are TBD in September and November 2016 in Eastern NC.

A copy of film will be provided for reel.