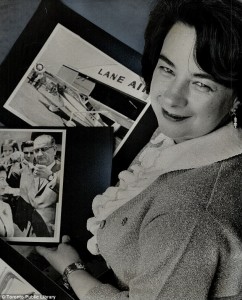 About The Flying Housewives:

This incredible lady flew through sandstorms and while she was already on the journey, Jerrie discovered that someone had tried to sabotage her plane even before her first flight. It was painful for her to know that her plane’s malfunctioning was due to some foreign intervention to defeat her. However, despite putting her complaint forward, she chose the other way to continue her journey and win the race to prove her strength.

The auditions will be taken in Room 124 of the First Evangelical ‘First Free’ Church of Chicago. The address of the Church is 5255 N. Ashland Ave, Chicago, IL, 60640. Auditions will be starting March 31st and last until April 9th, so please make sure you are applying quickly. Read on for casting specifics.

Requirements of the Characters

This is the lead character. A middle-aged female is required to play this role. Jerrie Mock is a mother of three children and a woman of strong instincts. She is smart. There is no specific requirement for the height.

A brown male in mid 20s or 30s is required to play the role of the Prince of Saudi Arabia. The applicants should be tall, broad and strong. It would be great if you have Middle-Eastern looks.

Make sure to prepare for the auditions. It would be great if you can submit the date of audition to the casting directors.

For online submissions, send the following to theflyinghousewifeplay@gmail.com.

For questions and further details, please write to theflyinghousewifeplay@gmail.com. Your queries will be replied before March 31. The location of rehearsals and world premiere is Chicago, IL.