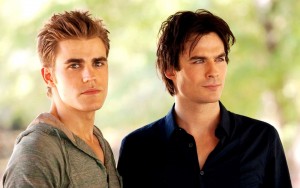 For those unfamiliar with the show, the Vampire Diaries centers around vampire brothers Damn and Stefan Salvatore. Through the 7 year span the two brothers have overcome several obstacles and threats that continue to invade their home of Mystic Falls. The show stars Paul Wesley as Stefan and Ian Somerhalder and airs on the CW Fridays at 8:00 PM Eastern Time.

Who we are looking for

We are currently seeking 7-10 actors to play various different roles in 2 upcoming episodes of the CW show “The Vampire Diaries”. The roles are all non-speaking and will require actors to be on set for 4-7 hours for a 2 day shoot. Some actors will be required to work a 3rd day (All of which will be paid). We’re looking for extras to play bar stand in’s, as well as reports that are will be shown speaking with citizens but not speaking on camera.

All of the roles call for a wide variety of talent, as well as variety in demographic and ethnicity. We are looking for actors between the ages of 18-60 to be featured as reports, and actors 18-30 to be featured as bar stand in’s. All roles are paid dependent upon the casting director, and you will be notified about pay rate upon being selected for the role. Please make sure you have open availability if you are interested in being chosen for the casting.

For a chance to be featured please fill out the form below with your most recent method of contact.

Best of luck to all that apply!

One thought on “Casting extras for CW hit “Vampire Diaries””