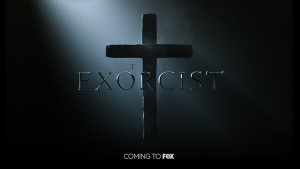 Do you have the flair for acting? Would you like to utilize that talent and earn some money on the side? An upcoming T.V. series ‘The Exorcist’, based on a movie with a similar name, is offering you the opportunity to act in a small role. Below mentioned are the details regarding the TV series and the casting call.

The series is created on a horror genre and was premiered on 10th May 2016 on Fox. The creator is Jermy Stater and was based on the book The Exorcist by William Peter Blatty. The starring actors of the movie include Ben Daniels, Kurt Egyiawan, Brianne Howey, Alfonso Herrera, Hannah Kasulka, and Geena Davis. Get a chance to work with these highly talented and famous actors by submitting for the role.

This series is the modern re-telling of the story. It is a psychological thriller in which two men are handling the case of demonic possession in a family by confronting the evil. It was declared that the shooting of the 1st season would take place in Chicago. Let us see the casting call and submission details.

If you are the resident of the Chicago area, then you can apply for the role in the Exorcist episode 104. The shooting will take place in Chicago and the individual will be paid $84/8. It will be a 1-day shooting that will take place on any day between 25th August 2016 and 5th September 2016. It is necessary that you should only apply for the role if you are available during these dates. The individual should be non-union extra.

The casting directors are looking for the role of nuns. These should be females between the age of 35 and 75 years. They need to mention if they have an acting experience in the past or have taken any acting classes. The acting resume should also be attached in the email while making the submission. You cannot make the submission if you are already a part of the core groups on the Exorcist, which include priests, emissary assistants, security guards, and many more.

You can submit for the role by sending email with the subject line of ‘Nuns’ on extras4theexorcist@gmail.com. The email should include the following:

The picture should be of good quality and clear so that your face is visible. The JPEG file should be named by your full name. If you have worked on the Exorcist in the past, you need to mention the role for us to figure out if you were seen on the camera or not. You will be contacted if you are short-listed for the role.

So apply away and get a chance to earn fame through this thriller series. You may not know who might end up noticing the real talent that you possess and offer you a break!