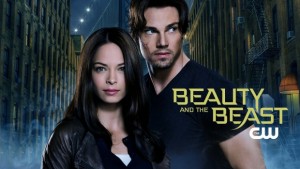 The summer CW hit drama Beauty and the Beast is set to air it’s 4th and final season this summer and is in the middle of filming the last stretch of episodes for the season. The show centers on the relationship between a police office and “The Beast”, a young man who was part of an experiment that has gone horribly wrong. As the officer (Played by Smallville veteran Kristin Kreuk tracks down the beast (played by Jay Ryan) she comes to realize whose side he is really on and who he is fighting for.

Casting directors are looking for EXPERIENCED actors for speaking roles, as well as minor reoccurring roles for the series’ last stretch of episodes. 2 actors are needed for speaking roles. This is a role where you will be needed for 4-5 episodes and will be compensated for your time based off of the amount of work you do. They are also in need of extras for standalone parts (Filming in tunnels, police station, etc). Read on for complete casting details.

Requirements and who should audition

The producers are specific in the requirements for actors looking to submit their resume and head shots for consideration. You should be experienced in acting, attractive, athletic, and any ethnicity. Note: ALL actors that do not fit these requirements will be banned for audition for future projects.

Actors interested should submit the form below to be considered. Please be mindful to include the best method of contact for you so we can make sure you can be easily reached. Good luck!

One thought on “CW teen drama looking for extras”