The long awaited film about the “merc with a mouth” is finally starting to take shape and begin filming in Vancouver, enter the Deadpool movie.  The film will star Ryan Reynolds (Green Lantern, The Proposal) as Deadpool, a character that was first introduced in X-Men Origins: Wolverine.  The film will also star Gina Carano (Haywire, Fast & Furious 6) as the character Angel Dust and T.J. Miller (Transformers: Age of Extinction, Big Hero 6).  It has been written by the same minds that brought us Zombieland and G.I. Joe: Retaliation (Rhett Reese & Paul Wernick) and will be directed by relative newcomer Tim Miller.

A movie based around the Deadpool character has been longed for by the Marvel fan base for quite some time now.  But 20th Century Fox has really been dragging their feet on the project until a trailer was accidentally leaked onto the internet.  The Deadpool character is something that will, hopefully, take the Marvel movie series in a strange direction.  The Deadpool comics are something that really has never been seen in any other books.  He has the ability to ‘break the fourth wall’ meaning that in the ability to speak with the reader and he is well aware that he is in a comic book.  Also, the Deadpool story line is pretty violent and contains some rather course language which is quite far from what the movie studios like to do when they put out a typical movie based on a comic.  Personally, I think that is what draws people to the character, everybody loves Spider-man, the X-Men, and The Avengers, but I am really excited to see a darker and more gritty side of the Marvel Universe as is a great deal of other people.

The casting call has been issued by 20th Century Fox under the title WHAM!, which is most likely a working title for the Deadpool movie.  Filming will begin next month in Vancouver, BC.  Here’s the call:

[RIDGE] Any ethnicity, early 30s to early 50s. Big, muscular, dangerous, violent, vain, insecure and more than a bit of a dick…. but with a sense of humor. He is not a psychopath, he’s practical but morally neutral—he doesn’t enjoy torturing people, he just doesn’t care. ROLE REQUIRES THREE SEQUEL OPTIONS.

[LINDSAY] Any ethnicity, 20s, attractive and worldly. Smart, tough, beautiful but a little bit broken. Nothing has ever been easy for her and she’s developed a thick skin and cynical outlook. But she’s not a victim—she may not have a great life but she’s holding it together and does what she needs to get by. She’s got a great sense of humor but it leans heavily towards irony and sarcasm. ROLE REQUIRES THREE SEQUEL OPTIONS.

[SIMON] Any ethnicity, late 20s to early 40s. Quirky, great sense of humor. Smart, funny, but more than a little bit slippery. Fast talker, always looking to make a buck. He looks out for himself first and foremost, but reveals loyalty at the end of the day. ROLE REQUIRES THREE SEQUEL OPTIONS. 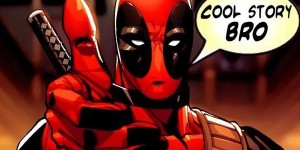