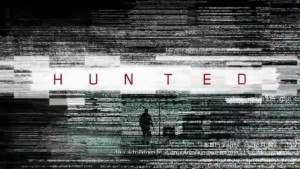 About the reality television show “Hunted”

CBS has come up with a reality television show “Hunted” which is a one of its kind show. The prospect of being lost and found enthralls as the game gets serious in a real world setting.

Do you think it is possible to be lost in the time of GPS and smart devices able to detect the remotest locations? Is it possible to hide from the professional hunters who would find you with their skills and knowledge? If the idea of getting lost in a set up, making it challenging for others to find you, appeals to you, then this reality television show is just your chance to go for it.

You disappear, the Hunter team finds you. The competition gets complex and ferocious among the teams and since it is one of a unique type, the prize for the winner of the competition is also quite worth it . It won’t be easy, though, to not get caught and win the competition, since the “Hunted” team comprises of skilled professionals and trackers who won’t be easy to dodge for any of the participants.

Details About The Participation

You don’t need to be an expert to participate in the show, call your buddy who could be your team mate and off you go on an adventurous journey with many other teams.

Fill out the application form here. Let the show give you a run for the prize money, and hide without a trace to let the enjoyment and thrill begin!