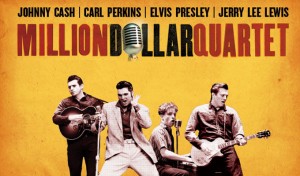 A new series of CMT, Million Dollar Quartet, is currently being filmed in Memphis. The casting directors of the series are on the lookout for extras. Why would you want to apply for this role? The best answer to this question is a one liner:

So, if you are fan of the Chad Murray and want to have the experience of working with him, look out for the requirements mentioned below and apply ASAP because limited slots are left. The filming began on April 4th and is set to continue till July 7th. There are a number of roles that are available and the casting directors are looking for actors to play them.

The series is based on the birth of rock n roll music in Memphis that took place in the early days of civil rights movement. This was the time when musicians like Carl Perkins, Elvis Presley, Johnny Cash and Jerry Lee Lewis worked on their music and changed to course of it forever during the period of social unrest.

The series is set to release later this year.

Do you want to be a part of this historic series as an extra while it is being filmed in Memphis? If yes, here are the roles that need to be filled in along with the specifications of each.

Following are the specific roles in addition to the general extras needed for the series:

There is no acting experience required for any of the above mentioned roles.

If you fit in to any of the above mentioned roles and want to work on the series, simply log on it www.onlocationcasting.net and complete a form for Free Talent Acquisition. For applying, you will need to upload a couple of your recent photographs.

You can also apply for the above mentioned roles by emailing the following to onlocationcasting1@gmail.com.

The filming is to take place on various different locations which will be disclosed to the selected individuals.

So, if you feel you are fit for this job and want to get the right experience, this is the chance you don’t need to miss. Apply ASAP to get a chance to be a part of this series.