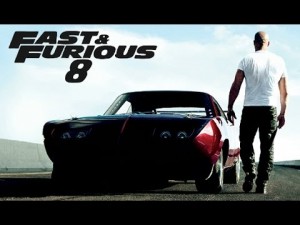 Looking for an excellent opportunity to act in the eighth installment of the famous movie franchise “Fast and Furious”?  Then you might get lucky this time!  LA based casting agency ‘Christopher Gray Casting’ is auditioning for background extras to work in the upcoming “Fast and Furious 8”.  Casting directors are hiring extras to play the roles of military / CIA agents. Filming of this special featured role is scheduled to be done from 24th May to 4th June in Atlanta, Georgia.

About “Fast and Furious 8”

If you want to audition for a role in fast and furious 8, then read on for details below.

What are they looking for?

Gender: Only males are required

Age: Applicants can be of any age but not too young

Ethnicity: All ethnicities can apply

Applicants should be clean shaven having a professional look.

Where to send the submissions?

If you are interested in working with the team of ‘Fast and Furious 8’, then send your applications to the following email address:

Don’t forget to mention the subject ‘CIA TYPE’ which is the post you are applying for, in the subject line of the email.

What to include in the application?

Note: Your pictures should be professional and clear. Plus you should have a clean shave and formal look in the pictures just like military men.

If you are the perfect military or CIA agent type then special auditions are happening right now for you! It will be superb for the casting directors if you can send your pictures today and if you are available on the dates 24th May to 4th June in Atlanta, Georgia. So, attend the auditions as you might get a chance to be a part of the hit movie franchise.