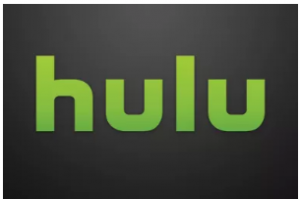 Chance is an upcoming psychological thriller, starring Hugh Laurie as Eldon Chance, a forensic neuro psychiatrist based in San Francisco who somehow gets involved in a dangerous world of mental illness, corruption and mistaken identity.

If you want to be a part of the TV series, Chance, take a look at the casting call details below:

Casting Call for the role of extras in Chance

Beau Bonneau Casting is now casting talented actors and models for the new Hulu TV show in San Fransico. We are looking for people aged between 18 to 21 to work as extras in many scenes. They will be made to play the role of high school students in the show.

The production company needs boys and girls aged between 18 to 21 years, residing in the Bay Area locality. This is important because you need to be available during filming and transport will not be provided.

We are looking for people who will be available on Thursday, April 21st. Interested extras should.

Shoot Details
The shoot is going to be around 8 to 10 hours long and if you are selected as a Nin Union Extra, then you will receive a payment of $98 for 8 hours or less. If you are made to work overtime, then you will be given $12.25 per hour.
What you need to be cast for the role

The production house uses a payroll company to pay the extras which will be cast in the movie.  For this, you must have a valid government ID and bring it with you to the set.  If you are a US citizen, then you can use a driver’s license, State Photo Id, Passport, Social Security card or your Birth Certificate.

If you are not a citizen of the United States, then you must have a Green Card, Permanent Residence, or Word Authorization by the government.
How to apply for the role
If you are interested, send an email to chancebbcextras@gmail.com as soon as possible as the deadline for receiving entries is 21st April.

Mention your school and the following details in the email

You must also attach two photographs of yourself (no sunglasses or hats allowed).

Once you have submitted your details, we will look into them. Also, if you are not local to San Francisco or do not fit the aforementioned description, then you should not apply. This is a great opportunity to work with a professional film crew, and improve your experience as an actor, so do not miss this chance! Good Luck!