Not everyone gets a chance to act on TV and very few people are able to act in ground breaking TV Series that is being created by a leading production house. If you are among those people struggling to find the right acting jobs to appear on television and make your mark, now is your chance to appear on the small screen.

To all the aspiring actors in the Texas entrainment scene, now is your chance to come up END_OF_DOCUMENT_TOKEN_TO_BE_REPLACED

Comic Book Men that airs on AMC network is an American reality show. The shoe is set inside Kevin Smith’s comic book shop that is known as Jay and Silent Bob’s Secret Stash, and is located at the Red Bank in New Jersey.

Cast of The Show

END_OF_DOCUMENT_TOKEN_TO_BE_REPLACED

The series “Comic Book Men” is written, produced and directed by Kevin Smith who owns a comic store by the name “Jay and Silent Bob’s Secret Stash” in Red Bank, New Jersey. The show itself is unscripted and does not follow a lined story. It captures the life and tactics of “fanboys” living around and about the store. The show is in its sixth season and is well received by the audience. Comic Book Men unveils a true fandom of comic books by all the characters of the show, from the staff of the book store to the customers. A whole different world of comic collectibles and retro pop culture is shown while the characters transact and acquire new treasures with each mesmerizing discovery. The series interlinks Smith’s Podcast and the interaction of characters of captain Walt, Ming and Mike as they communicate the details.

END_OF_DOCUMENT_TOKEN_TO_BE_REPLACED

Are you a skinny girl or guy? Have you always been fascinated with the zombies in the movie The Walking Dead and wondered how it would feel to be a part of the fabulous scenes? Well, here is the chance you cannot afford to miss.

The Walking Dead has started filming for its 7th season and there is a casting call for extras for this season currently being filmed. If you are very slim and are located in the vicinity of Atlanta, this is your chance to be a part of the zombie school and play the undead.

END_OF_DOCUMENT_TOKEN_TO_BE_REPLACED 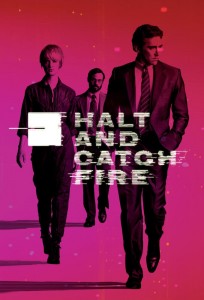 About Halt and Catch Fire:

Halt and Catch Fire is an American drama series produced by Christopher Cantwell and Christopher C. Rogers. It went on air on AMC on 1st of June, 2014. The drama centers on the backdrop of the 1983 era in the Silicon Prairie, Texas. This series revolves around the subject of personal computer mutiny.

The plot of Halt and Catch Fire:

The main plot of Halt and Catch Fire begins from the time when it’s been one year after IBM left the market taking back its signature personal computer – the IBM PC. Then Joe MacMillan (Lee Pace) who is a previous IBM employee steps in and decides to turn around engineer the signature creation of his ex- boss.

Filming of Halt and Catch Fire in Atlanta, Georgia scheduled for Tuesday 10th of May:

Who are they looking for? END_OF_DOCUMENT_TOKEN_TO_BE_REPLACED