The casting team for a big budget movie is looking for actors in Miami and Los Angeles.  They need extras to portray various characters in a high school scene and during a beach party.  It film will begin filming new scenes on February 21st and then shift to Miami for other scenes in March.

The film is titled, Melissa, and it is about cyber-bullying and the effects it has on individuals and their families.  In October 2016, a new study was released stating that 25% of teenagers report that they have experienced bullying by their cell phone or on the internet.  52% of young people report being cyber bullied at one point in their lives.

END_OF_DOCUMENT_TOKEN_TO_BE_REPLACED

The casting team for a new movie needs actors, models, and talent to work on the upcoming feature film, Sprinter. Producers are looking for very experienced male and female sprinters to act in a marathon scene.

The story follows Akeem, a 17-year-old Rastafarian teenager and track athlete. His goal is to qualify for the national youth team and go to the World Youth Championships in Philadelphia. Akeem hopes reunite with his mother that’s been living in Philly illegally for 10 years.  It is a heartwarming tale about dreams versus expectations and reality.

END_OF_DOCUMENT_TOKEN_TO_BE_REPLACED

About the New Movie

The third edition into the Bad Boys series will bring back Martin Lawrence and Will Smith as the dedicated Miami detectives.  Plot details have not yet been fully revealed, but it has been speculated that the third movie will take place about ten years after Bad Boys II.  Both detectives have aged and now have families with children.

The movie will see the detectives struggling with the last days of their radiant careers, their retirement, and raising their kids.  This premise will surely lead to hilarious “Bad Boy” type humor and funny moments.

END_OF_DOCUMENT_TOKEN_TO_BE_REPLACED 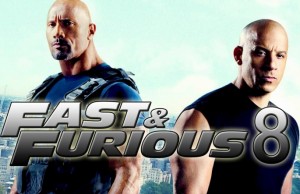 Are you a fan of the Fast And Furious franchise? If you have been among its followers, then this is an exciting offer for you.

Action director Christopher Gray is looking for a few extras for the sequel of Fast And Furious, Fast 8.

Fast 8 is the eighth installment in the Fast And Furious franchise. It has a list of great cast in it including the likes of Vin Diesel and Dwayne Johnson. The film is scheduled to be released in 2017. None of the team members has revealed much about the plot and all that is known until now is that it will revolve around the meeting of two leading actors. The other thing that almost everybody can tell is that it will be jam packed with action and thrill.

Currently, the directors need a few men with military looks for a role or two. If you have the looks of a soldier and some basic knowledge about the military, then apply for the job as soon as possible since it’s an urgent opening.

END_OF_DOCUMENT_TOKEN_TO_BE_REPLACED

The casting talents for the web series “Duels” are hiring for a number of non-speaking roles. It’s an open opportunity and anyone can apply for one or more roles. What could be better than being in beautiful Miami and experiencing the actions of camera in real time? If it sounds tempting then go ahead and apply for the following non-speaking roles before they are gone.

About the Web series: