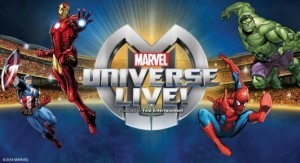 Field Entertainment is currently looking for experienced action stage performers and people skilled in martial arts. Gymnasts, acrobats and tricksters are also welcomed to appear for the auditions. The prospective candidates are supposed to be at least 5’4’’ or even taller. These actors will be required to perform on-stage stunts in the touring arena for marvel Universe Live which features Marvel superheroes and villains. The ideal candidates will possess training in either one or more than one of the following disciplines:

Candidates possessing stunt training and experience with falls from heights, fire burn and rappelling will also be given a preference. Read on for the casting call information including location and dates/times. END_OF_DOCUMENT_TOKEN_TO_BE_REPLACED