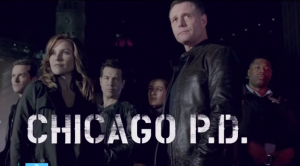 ‘Chicago PD’ revolves around the intelligence team in the police department of downtown Chicago. The team is located in the District 21 of Chicago, Illinois police department. The primary focus of the show is dealing with different types of cases the police department encounters and the re-occurring theme “Is this the job for me?”. Each episode has a different focus on a area of the law and how the different characters use the law to their advantage in their respective line of work. The show stars actors Jason Beghe, Sophia Bush, and Jon Seda.

The Official Casting Team Requires Some Background Roles for an Upcoming Episode of ‘Chicago PD’ Filming in Chicago, Illinois

The team is planning for a new episode for which they require a dozen of background actors. They will be required to work on the filming scene from Friday, 19th of February, 2016 to Monday, 22nd of February, 2016 for an upcoming episode of ‘Chicago PD’ filming in Chicago, Illinois. The team is looking some actors and models who can confidently play the role of lawyers, cops, crime scene techs and social workers. If you want to know more details, read on.

The casting directors and producers are in search some of actors and models who can play role of cops, lawyers, social workers and crime scene techs. The potential actors applying for the roles must have a flexible schedule as the team can call them at any time for the rehearsals. Also, they must be fully interested and have some previous working or acting experience. Check out the casting call descriptions below. END_OF_DOCUMENT_TOKEN_TO_BE_REPLACED