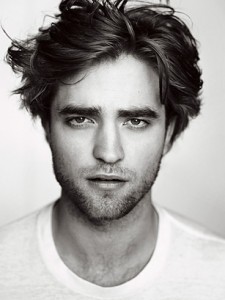 Robert Pattinson is one of the most famous Hollywood actor, model, producer, and musician. He started his film career back in 2005 from Harry Potter and the Goblet of Fire (a fantasy film). He soon became famous for laying a leading role of vampire, Edward Cullen for the movie based on The Twilight Saga (series of novels by Stephenie Meyer) from 2008 to 2012. This romantic fictitious movie brought him worldwide fame and established him among the most bankable actors in Hollywood. He soon appeared on Forbes Celebrity 100 as one of the most powerful celebrities in the world.

Safdie brothers recently signed with WME and are indie filmmakers whose project namely Heaven Knows What has rocked in the theaters. The movie revolved around an addicted heroin who found her love in the streets of NYC. Pattinson has always focused on indie roles after Twilight. He has worked on some indie movies with multiple directors.

The casting directors of Good Time, Josh and Benny Safdie are looking for versatile actors to work aside Robert Pattinson. This indie film will feature bank robber’s efforts to stop the police from catching him. The movie will be produced by Sebastian Bear McClard of Elara Pictures and scripted by Ronald Bronstein and Benny Safdie.

Casting directors are seeking for only NYC based multitalented actors for the lead roles in the upcoming movie Good Time. Do you want to work next to Robert Pattinson? Then, visit the open casting auditions taking place on:

At The Chapel of the Sacred Hearts

If you are interested in the auditions, check out more details for the casting call below:

Seeking New York based union or non-union actors and non-actors too. NYC actors from every corner are welcome. The film shoots will start in January/February 2016 in NYC.

The neo-grindhouse movie Good Time revolves around Connie Nikas (Robert Pattinson) who tries to find freedom for himself and his disabled younger brother, Nick.

Nick is Connie’s younger brother and classified as developmentally disabled from years. His only brother takes care of him as he could not work on his own. He’s unique in his own way and has different visions of the world. He loves breaking the rules and lives life his own way. He becomes happy when he sees people angry. His distinct soul and nature can make you weep.

She is a teenage Latin girl. A crazy boy is forced to live with her demented grandparents.

All New York genuine actors and non-actors for prison scene, both inmates and correctional officers are required.

All genuine, real, unique, and of course authentic guys and girls from any background can come over.

If you want to be a part of the Good Time team, then you may visit us @ The Chapel of the Sacred Hearts on Saturday December 5, 2015 from 1:00 PM to 4:00 PM. If you are unable to come for the auditions, submit us your Video auditions, photo and text via E-mail (goodtimecasting@jv8inc.com) and tell us about yourself and why you are suitable for the role.