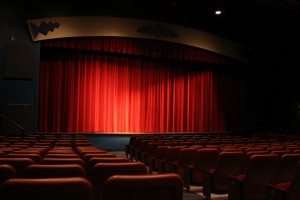 Have you got a passion for singing? Have you got those perfect dance moves? Are you willing to show case your talents on the mighty stage? Here comes the opportunity! If you are a resident of Old Bridge, New Jersey and adjoining vicinity and you think you have compelling vocal chords and flexible dancing moves, here is your chance to grab a role in a musical play “How to Success in business Without Trying. We are offering multiple lead and side roles.

Following are the roles offered with their individual character details.

A male role, aging around 20 to 35, with tenor vocals; A young, highly ambitious and meticulous person, in pursuit of success and making his mark in the business world. He is charming and determined and holds a highlighting aura around him. However, even with all positive traits in his personality, he can rarely be depended on and trusted and will hover in between phases, from being uncertain to over confidence.

A male role, aging around 45 to 60, with a baritone voice; he is the President of the World Wide Wicket Company and is often found bragging about the position, to ensure that everyone knows about him well. Much narcissistic and self obsessed; he falls head over heels for a lot of women in his life.

A male role, aging around 20 to 40 with a tenor tone of voice; He is Biggley’s nephew and works in the same World Wide Wicket Company under his uncle and makes full use of his close relationship with Biggley. He is a dull and lazy guy who aims to gain success in his company through nepotism and gaining favors from his uncle, rather than honest hard work. He attempts to portray everything as being under control and all good, which actually is not true. He has a messy and disorganized work habit and the people around him are well aware of the fact.

A male role, aging around 20 to 60 years with a baritone voice; he works as an executive in the World Wide Wicket Company and is doing a fairly good job of it. He is responsible for the hiring and lay off processes within the company that carry the plot and story line forward. He is an extremely trusted and reliable employee of the company and is one of the only few executives who are doing an honest and quality job.

Male role, aging around 30 to 60 years, with a baritone voice; he is a dedicated, loyal and hard working employee of the world Wide Wicket Company, who has been staying on this designation of a low level executive, who is consistently exploited and beaten down by working in the mail ad post room for a major part of his career. He is a humble and simple person and is generally liked by everyone.

A male role, aging around 40 to 70 years with a baritone voice; he is the chairman of the board of World Wide Wicket Company and holds a general persona of a grumpy looking man. He is generally a silent type, but when he speaks, he exhibits the aura and audacity of a dignified man that may appear as gruff to some, but is actually quite charming and proud of his blue collar background.

A male role, aging around 20 to 60 years with a tenor, bass or baritone voice; he is handsome, he is confident and has a charming personality that can seduce ay women in his proximity. He too possesses a great tendency to not stay immune to attractive female fir along time.

A male role, aging around 20 to 40 years with a tenor, bass or baritone voice; He is called as the golden boy for being an eye candy for everyone. He is tall, smart, sharp and athletic and is hired to lead the company’s advertising department.

Multiple roles of junior Executives working in the World Wide Wicket Company, aging around 20 to 40 years and with multiple and varying vocal pitches, tones and ranges.

If you think you comply with one or more of the mentioned requisites of the offered roles please apply to this casting call by subscribing and dropping an application here, before 18th July, 2016. Remember to include an updated resume along with your application, entailing your relevant credentials, experience and complete contact details.