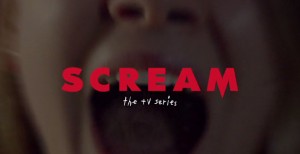 MTV’s Scream is a television adaptation of the hit 90’s movie “Scream” starring Neve Campbell.  The first season of the series focused on a string of murders that becomes the focus of all of the news surrounding the town. Throughout the first season friendships and loyalties are tested in the most brutal ways as more and more people keep getting murdered. The first season ended with the reveal of the killer dubbed “The Lakewood Slasher”.  The 2nd season is excepted to premiere on MTV May 31st, 2016.

The 2nd season of the series will continue to be featured in a predominate high school setting and focus on the individual aiding the killer in the first season. Extras will be needed for a couple of scenes involving students conversing in hallways, as well as some outdoor shots. All extras will be paid for their time as well as be needed for multiple days. Please read on for casting specifics.

We are looking for young looking actors ages 14-25 to be featured in a variety of different roles. All actors will be on set 8-12 hours being paid 125/day+ overtime for all hours worked after 8. This is a casting call for Caucasian, African American, and Asian actors. Any build welcome to apply, as well as actors with any experience level. The casting is taking place in the Baton Rouge, LA area so please make sure you are local.