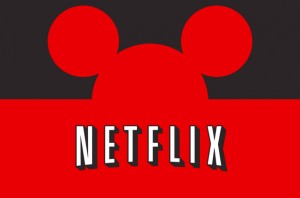 It only seems like a match made in heaven that the largest video streaming service and maybe one of the biggest studios would join hand and hand.  The deal would seem to make Disney, and all their properties, only available exclusively through the Netflix streaming service.  What does this mean for the consumer?  What this boils down to all you r Disney favorites will no longer be available through other services such as HBOGO, Amazon, Hulu, and the like.  Not only does this mean that all your favorite Disney classics will only be exclusively available with the streaming service, but the deal most importantly secures the streaming rights to other Disney properties.  Properties such as Pixar, Marvel, and Lucasfilm and their releases will now be exclusively available on Netflix.  Netflix’s content boss made the announcement in a blog post that also announced upcoming movies for the summer: “From September onwards, Netflix will become the exclusive US pay TV home of the latest films from Disney, Marvel, Lucasfilm, and Pixar,” said Ted Sarandos.   The deal will reportably cost Netflix hudred of millions per year.