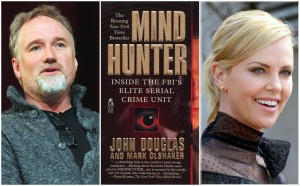 There has been a casting call for the famous Netflix’s new series, Mindhunter for a fun party scene set to be filmed in Pittsburgh, Pennsylvania. The scene is to be filmed on June 2nd and 3rd, Thursday and Friday in Wilmington.

The scene is based in the late 70s and extras are needed for the roles of bartenders, bikers, friends, and some other featured roles. The roles are aged between 18-40 years and people of any ethnicity can apply for these (unless specified).

A new series of Netflix, Mindhunter, is produced by Charlize Theron (Monster, Mad Max: Fury Road) and David Fincher (Fight Club, Gone Girl, House of Cards). The series is based on the book Mind Hunter, Inside the FBI’s Elite Serial Crime Unit that came out in 1996. Written by former special agents Mark Olshaker and John Douglas, the new series, according to Deadline, is based on the same book. The center idea of the series is the pioneering of behavioral profiling by two FBI Agents.

If you are interested in playing any of the roles mentioned above, check out the casting details mentioned below.

The producers are in search of extras to play roles in a fun party scene for the new Netflix series, Mindhunter which is scheduled to happen on June 2nd and 3rd.

The specifications are mentioned below:

Anyone applying for any of the above-mentioned roles should submit a current picture to mosserextras@gmail.com and don’t forget writing the role you are applying for in the subject line. Have someone else click your photos for a better idea about your hair (for females) and facial hair (for men). Don’t wear any sunglasses or hats in pictures.

Things to Include in the Application

When sending an application, include:

Name, location, age, and phone numbers in addition to specifying the role you are applying for.

Males (must be willing to shave) should include

So, if you feel that you are an ideal candidate for either of these roles and are interested in applying, then feel free to send in your application ASAP.