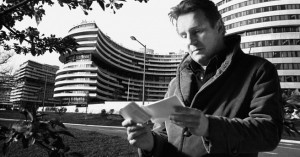 The new Liam Neeson Film ‘Felt’ is currently casting extras for a scene to be filmed in Atlanta.  The movie centers around the story of Mark Felt, the man also know as Deep Throat, who assisted journalists Bob Woodward and Carl Bernstein expose the Watergate scandal.  The exposure of this incident would eventually lead to the resignation of President Richard Nixon on august 9th, 1974. Casting directors are currently searching for men and women between the ages of 30 and 60 to play the part of jury members.

The film will be directed by Peter Landesman who is a highly regarded investigative journalist and has broken into Hollywood with films that seem to follow along in the same spirit such as; Concussion (2015) and Parkland (2013).  Felt will also feature Diane Lane and Tom Sizemore.

FOR TUESDAY 6-14 looking for some men and women mid 30’s to 60’s — Caucasian and African American – MUST have hair to pass for 1972 — Looking for folks currently that are fresh faces to Felt and that would be available for a fitting in downtown Atlanta — Later today – email a recent photo, ALL CLOTHING SIZES and all contact info to:FeltExtras@gmail.com – GRANDY JURY in Subject

Please do not apply, if you are not local or if you do not fit the description.