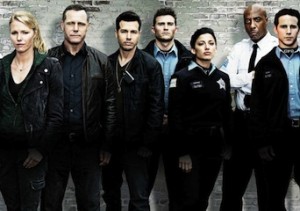 Chicago P.D, known for giving opportunities to fresh faces in the showbiz, is back with lots of opportunities for paid background performers. The casting crew of Chicago P.D. is looking for many paid extras to perform in the upcoming episode of the series.  The scenes for the new episode will be shot at different locations of Chicago.

Chicago P.D. is a police-oriented series that revolves around two primary departments of Chicago Police. The first department is an intelligence unit that interrogates and solves major crimes. The second department is a unit of beat cops.

Sgt. Hank Voight, the primary character of Chicago P.D is a tough cop who is also the lead of an elite team of officers. Sgt. Hank Voight is so much dedicated to his work that he sometimes bends rules to make sure that justice prevails. He is the boss; therefore, he is not accountable to anyone for bending the rules.

Chicago P.D also stars Don Kress, America Olivo, and Andre Bellos. The season 3 of Chicago P.D will be aired on NBC from September 30 at 10 PM.

The casting roles are explained in the details below. All the performers will be paid with handsome packages but it is important to note that the casting crew is looking for Chicago’s local talent only.

Are you interested in becoming a part of one of the most watched shows of NBC? Do you want to kick-start your career? Then have a look on the required characters, and find out the perfect role for you.

The Hispanos are required to play the roles of cooks in kitchen. The shooting for these roles will begin on February 18. Here are the details.

The Hispanos are required to play the role of drivers. Here are the details.

If you have already submitted your profile for other roles, then don’t send your resume for this role. The details are given below.

Enter the given requirements, and send in an email to TAILSTICKSCASTING@gmail.com.

Chicago P.D casting crew is also looking for performers for the sister shows so don’t miss this opportunity, and send your profiles now. Good luck!

Please note, if we do not feel you are a fit for any of these casting notices but you fit for our sister show we will keep your information on file and contact you for any further roles we feel like you fit for.