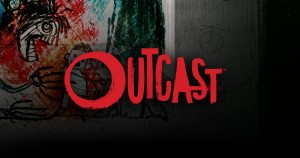 Are you a natural artist?

Are you looking for ways to make it big in the entertainment industry?

Do you have what it takes to be part of a show where you get to rub an elbow with Hollywood’s A-listers? If yes, then this is your stop!

A company by the name of cinema is looking for extras to be part of the much hyped show titled: Outcast—the show is based on a comic written by Robert Kirkman. The show revolves around a guy named Kyle Barnes, who was possessed since he was a child. With time, as he grows up he starts a new journey to get answers for unresolved questions of the past. However, at the end of his journey, what he discovers leads to end of life on earth.

Audition for this role is open to males, aged between 50 to 59 years. An ideal candidate should be of Indian/Middle Eastern origin and owns a vehicle. Interested candidates can send in their head shot photos.