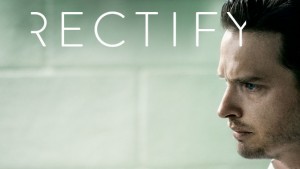 Do you aspire to work with big actors?

Have you long waited to rub an elbow with some of the biggies in the entertainment industry?

A successful TV series is in its 4th and final installment shooting in the Griffin area. The casting department has called out for extras and background roles for its fourth season.

The show was devised by Ray Mc Kinnon, and is also the initial original scripted series for the Sundance Channel, that initially aired in 2013. A few months ago the channel announced that the show is finally coming to an end with its 4th season.

The show is starred by:

The story of ‘Rectify’ revolves around a man named Daniel Holden who was convicted on rape charges and murder of a teen girl—he was ultimately sentenced to death. However, almost 20 years later, the case takes a revolving turn due to DNA technology results and thus Daniel is set free into a world that he no more recognizes.

When he returns back to his home town, he is sad to find out that some people still believe in the crime he never committed, and hence, throughout he struggles to fit into the society, as well as bring together the pieces that led to his imprisonment. He is not alone in this, and always has his sister, Amantha stand by his side. On the evil side stands his step brother who acts manipulative as well as the original prosecutor of the case, who is now running for a seat in elections, and also plotting to reopen the case.

The casting department is looking for:

The casting department is looking for female with nursing experience or similar role experience for a featured nurse role. Should be between the ages of 40 to 60 years and available to work on Saturday in Griffin area.

If you think you fit in any of the mentioned roles, then apply with confidence!