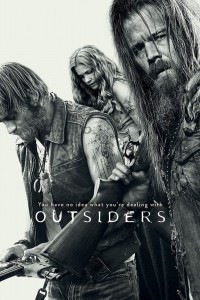 “Outsiders” is a WGN American television drama series which is set in the fictional town called Blackburg. The show revolves around the lives of the members of Appalachian Farell clan who reside atop mountains; they are self-sufficient and can acquire any means for the protection and defense of their lives. They consider themselves above the law but lead their lives in isolation like the spartans. They are tremendously suspicious and paranoid of outsiders. The series is about the struggle and quest for control and power. The Outsiders has been created by Peter Mattei who is the playwright and the executive producer as well. Perter Tolan of “Rescue Me” and Pail Giammatti of “John Adams” are also executive producers. Kyle Gallner of Veronica Mars, Joe Anderson o Hannibal, David Morse of Treme and Thomas M. Wright of The Bridge are starring in the TV series. The second season is expected to premiere in the beginning of 2017.If you are interested in acting in Outsiders in the capacity of a recurring role, then continue reading.

The ages of the candidates must be 20 – 40 years. Please do not make a submission if you only want to come for networking or have appeared on “The Outsiders” previously.

Females who have the looks of hip rocker are required. The applicant should have either all shaved or  half shaven sides of the head. Even if this is not the case then those interested to appear in the show must show willingness to do so. Also all those women who are enthusiastic about dying their hair with any color or cut them short to any length are encouraged to apply. This is optional.

This is a recurring role and the selected individual will appear several times from May till October 2016.

The interested females should have an excellent physical form and shape and should show willingness to expose their skin on camera, that is, wear bikinis tops and reveal stomach.

If you fulfill these requirements, then you are encouraged to send an email at otsiderstvextras@gmail.com.

One thought on “Recurring Role in Outsiders in Pittsburgh Pennsylvania”