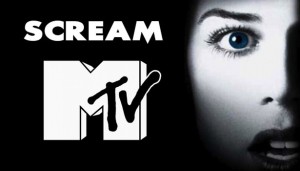 Scream is a television series from America that was developed by Dan Dworkin  Jill Blotevogel, and Jay Beattie. The series was made for MTV and is inspired by the film series that goes by the same name and was created by Kevin Williamson.  Scream was developed by MTV Production Development and Dimension Television.

The series based in a fictional town that is known as Lakewood. A number of murders have taken place in the town. All these murders are somehow linked to Emma Duval, who is a teenage girl closely tied to the town’s mysterious past. The series was originally premiered on the 30th of June, 2015 and the renewal of the series took place on the 29th of July 2015.

The cast and characters of the show are:

MTV’s Scream will start filming its Season Two very soon. The filming will take place in New Orleans and the team is currently in search of a few extras. The casting crew is currently looking for party goers who will be willing to work overnight.

Details About the Casting call

The details are given below:

The shooting will take place in New Orleans and that too for the entire night. The actors can be both males and females from all ethnicities. These actors should be 18 to 20 years old and should love to dance. If you feel that you can do only one night, you are still encouraged to apply. In order to get selected, you need to send your current picture and phone number. The title of the email should say “FEAR PARTY GOER” and should be sent to S2@centralcasting.com.

If you are Scream fan but are not in NOLA, you can still be excited because the new episodes are on air. Since the show was highly anticipated, MTV released a seven minute premiere video. The video consists of a first-scene cameo in the tradition of last season’s Bella Thorne scene and Drew Barrymore’s opener in the movie Scream. Go check it out!