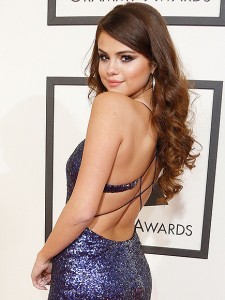 How would it feel like to rub an elbow with none other than the beautiful pop icon, Selena Gomez?

If you are a die hard Selena fan (or not!) and you think you have what it takes to star in her show airing on Netflix, then this is just an opportunity sent from heaven!

Netflix has just announced a casting call for the new series on Netflix with Selena Gomez as the lead lady, in a series titled ‘Thirteen Reason Why’ — the casting department is currently looking for stand-ins and extras to fill in the new movie.

The producers and directors are looking forward to welcome people ages between 18 to 25, all gender types, and ethnicities to play basketball, baseball, people at coffee shops, parents, cheerleaders, etc.

The filming of the series will soon take place in San Rafael, California and Sebastopol, California.

About ‘Thirteen Reasons Why’

According to news, the new Selena Gomez Netflix series was written and created by the famous writer Pulitzer Prize and award Tony Award winner Brian Yorkey.

A boy named, Clay receives a shoe box that is filled with cassette tapes from his ex class mate and crush, Hannah who recently committed suicide. The tape has instructions stating that it should be passed along to 12 peers one after the other and how they were the reason behind her death by giving them 13 reasons why she took away her life.

The movie is produced by Mandy (Selena’s mum) and Selena herself.

If you think you should be part of the Selena Gomez produced movie, and will be able to showcase your acting skills and talents, apply with confidence soon!

All extras and stand-ins will be paid.

You can email at:  trwextrascasting@gmail.com

Please refrain from applying if you are not a local or do not fit in the role.