After news of a ‘Ghostbusters’ sequel that is to feature 4 female leads Sony has announced that a second ‘Ghostbusters’ movie is also coming to the big screen featuring a set of male leads.  It appears that Sony wants to expand the ‘Ghostbusters’ universe much the same way they have done for the Marvel universe.  This edition of this ‘Ghostbusters,’ it seems, is simply there to do just that as Sony has expressed interest in cartoons and video games as well to further grow the brand.  That being said, I think it would be safe to assume that we have seen the last of the original characters from a starring standpoint.  If Dan Aykroyd or Ernie Hudson as Bill Murray has already stated that he is uninterested in reprising his role.  Sony has also announced that the project will most likely be directed by Joe and Anthony Russo (Captain America: The Winter Soldier) and to be written by Drew Pierce (Iron Man 3).  Also it is rumored that Channing Tatum’s production company is slated to be involved which could also mean that he is planning to be a part of the movie.  Also, there is the rumor out there that Chris Pratt (Guardians of the Galaxy) is also to be involved.  The story first broke on deadline.com 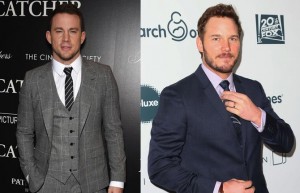 “We want to expand the Ghostbusters universe in ways that will include different films, TV shows, merchandise, all things that are part of modern filmed entertainment,” Reitman told me. “This is a branded entertainment, a scary supernatural premise mixed with comedy. Paul Feig’s film will be the first version of that, shooting in June to come out in July 2016. He’s got four of the funniest women in the world, and there will be other surprises to come. The second film has a wonderful idea that builds on that. Drew will start writing and the hope is to be ready for the Russo Brothers’ next window next summer to shoot, with the movie coming out the following year. It’s just the beginning of what I hope will be a lot of wonderful movies.”

Stay tuned for any further news on this topic and check back frequently and feel free to comment below thanks!

3 thoughts on “Sony Announces another Ghostbusters Movie, But This Time a Male Cast”