The biggest film and TV related award show is coming up very soon!  The 89th Academy Awards is only one month away and will be hosted by Jimmy Kimmel. Since 1929, the world gathers to find out what the prestigious film academy believes are the best movies and performances of the year.  Last year, we saw Spotlight take home the Best Picture Award and Leonardo Dicaprio win his first Oscar for his role in The Revenant.  This year, we have seen several great individual performances, but there is no clear favorite for many of the categories.

Is La La Land the Favorite to win Best Picture?

La La Land is a romantic musical drama starring Ryan Gosling, Emma Stone, and J.K. Simmons.  It is about a musician and aspiring actress that fall in love in Los Angeles.

During the Golden Globes, we saw La La Land dominate the show winning seven total awards.  But the hype for the beloved musical has not died down one bit as La La Land was officially nominated for 14 Oscars, making it the favorite for the biggest film of the year.

END_OF_DOCUMENT_TOKEN_TO_BE_REPLACED

The 89th Academy Awards is only a couple months away, and it was recently confirmed that Jimmy Kimmel will be the host. Since 1929, the world gathers to find out what the prestigious film academy believes are the best movies and performances of the year.  Last year, we saw Spotlight take home the Best Picture Award and Leonardo Dicaprio win his first Oscar for his role in The Revenant.  This year, we have seen several great performances, but there is no clear favorite for many of the categories. According to early polls, these are some of the front-runners for Best Actor:

Gosling is well known in the world of famous actors, but not everyone knows that Gosling is a talented singer and dancer.  In La La Land, he and Emma Stone star in what will surely be known as one of Hollywood’s modern great musicals.  Gosling’s performance is emotional and artistic.

END_OF_DOCUMENT_TOKEN_TO_BE_REPLACED

The casting team is casting background extras to work on a new film starring Jake Gyllenhaal. The movie titled, Wildlife, is set in the 1960’s based on a novel written by Richard Ford in 1990.  The film is about a teenage boy that witnesses the destruction of his parents’ marriage after their move to a new state.  It is a film about acceptance, struggle, change, and perseverance from the perspective of a teenager.

Wildlife stars Jake Gyllenhaal and Carey Mulligan.  It is the directorial debut of the award winning actor, Paul Dano.  Dano has performed in critically acclaimed movies like, Little Miss Sunshine and the Oscar-winning There Will Be Blood.  He is known for his versatility and ability to perform in unique and riveting roles.  In There Will Be Blood he played two characters; twins by the name of Eli and Paul Sunday.

END_OF_DOCUMENT_TOKEN_TO_BE_REPLACED 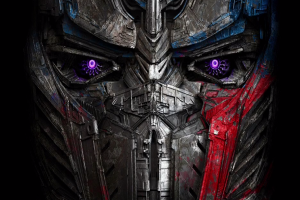 The Transformers is an American science fiction movie that is based on the Transformers toy line. The movies consist of live action and computer animation. The series is based on toys that were created by Tomy and Hasbro. The first five movies of the series were directed by Michael Bay and he will be the director of the fifth movie as well.  The movies have received mixed responses but its music, action, and special were praised international. A first two movies of the series earned a total of $1 billion.