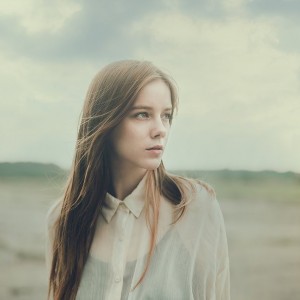 About The Project
Actors are needed for a student film project which revolves around the story of a high school teen that is bullied to the point where she attempts suicide. It is a story of every other victim of bullying and not only portrays the fact that they seek help from their family and peers, but also that in the absence of proper supportive measures they can go to any extent.  There could be several reasons for being bullied from the unusual physical appearance to grades and from family background to ethnicity.
The audition details are as follows:

About The Role
The student film project requires a female teenager who’d be the victim of high school bullying, so much so that she is on the verge of suicide.

The applicant needs to send a video performing the following monologues:
1.     Excerpt from ‘The Blair Witch Project’- Heather
“I just want to apologize to Mike’s mom and Josh’s mom and my mom and I’m sorry to everyone… I was very naive. (Looks away from camera, scared) I was very naive and very stupid and I shouldn’t have put other people in danger for something that was all about me and my selfish motives… I’m so sorry for everything that has happened because in spite of what Mike says now it is my fault. Because it was my project and I insisted on everything. I insisted we weren’t lost. I insisted we keep going. I insisted we walk south. Everything had to be my way and this is where we’ve ended up. And it’s all because of me we’re here now hungry and cold and hunted. I love you mom and dad. I am so sorry. It was never my intention to hurt anyone and I hope that’s clear. (Begins to hyperventilate) I am so scared. What was that? I’m scared to close my eyes and I’m scared to open them. I’m going to die out here. Every night we just wait for them to come. (Sobs)”
2.     Scene four of ‘Describe Me’ – Mari
“(One the phone with Stacy) Julia found out my number and texted me in the middle of class (Mocking Julia) “I can tell you got a spray tan, you look like a horse.” (Listening to Stacy) Yeah, this has been going on forever. (Pause; Tearing up) Okay, bye. (Hangs up Stacy and calls Kristen) Hey mom, I don’t feel that much like walking back home, could you pick me up? (Crying) Okay. (There’s a pause) Nothing. Just pick me up. (She hangs up)”
Additional Information
The student film project would display the trials of a high school bullying victim and what makes her reach to the point where she tries to end her own life. The applicants are to be of the age bracket of teenage or close to it.