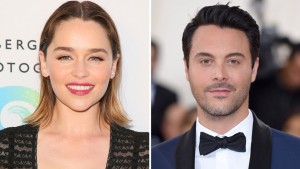 Emilia Clark‘s new film ‘Above Suspicion‘  is about to begin production and is currently looking to fill a ton of featured roles.  Filming will take place on May 25th in Paris, KY just outside of Lexington, KY.  the movie is about an FBI agent that is stationed in Kentucky and becomes involved in an affair with a poor local woman.  the FBI agent begins to use the lady as an informant and she begins to see the FBI agent as a way out of her impoverished lifestyle.  It;s a scandal that would end up shaking the foundation of  the America’s top law enforcement agency.  The movie also marks the return to the big screen for highly touted director Phillip Noyce who’s last movie was ‘The Giver‘ in 2014.   END_OF_DOCUMENT_TOKEN_TO_BE_REPLACED