The casting team for a big budget movie is looking for actors in Miami and Los Angeles.  They need extras to portray various characters in a high school scene and during a beach party.  It film will begin filming new scenes on February 21st and then shift to Miami for other scenes in March.

The film is titled, Melissa, and it is about cyber-bullying and the effects it has on individuals and their families.  In October 2016, a new study was released stating that 25% of teenagers report that they have experienced bullying by their cell phone or on the internet.  52% of young people report being cyber bullied at one point in their lives.

END_OF_DOCUMENT_TOKEN_TO_BE_REPLACED

The casting team for a new movie needs actors, models, and talent to work on the upcoming feature film, Sprinter. Producers are looking for very experienced male and female sprinters to act in a marathon scene.

The story follows Akeem, a 17-year-old Rastafarian teenager and track athlete. His goal is to qualify for the national youth team and go to the World Youth Championships in Philadelphia. Akeem hopes reunite with his mother that’s been living in Philly illegally for 10 years.  It is a heartwarming tale about dreams versus expectations and reality.

END_OF_DOCUMENT_TOKEN_TO_BE_REPLACED 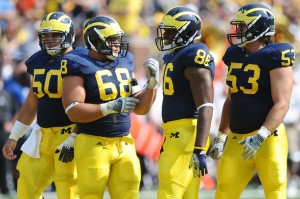 Do you want to work for an upcoming TV show? If yes, here’s one opportunity near Los Angeles. The filming is going to take place on 22nd August. Don’t apply if you are not available on the day. There will be more chances for other roles in the future. The casting directors are looking for talented males between the ages of 20 to 30. The ideal candidate for this role should be able to portray Midwestern players.

END_OF_DOCUMENT_TOKEN_TO_BE_REPLACED

As you all would already know, How to Get Away with Murder is coming out with their third and successful season. The show is a worldwide hit series and is produced and written by the famous Shonda Rhimes, and as we all know, all of her TV series are a major success. The series stars highly paid and award winning actors such as Viola Davis who is an Oscar nominated and Tony winning actress, who plays alongside Alfred Enoch, Jack Falahee, Aja Naomi King, Matt McGorry, Karla Souza, Billy Brown, Charlie Weber and Liza Weil.